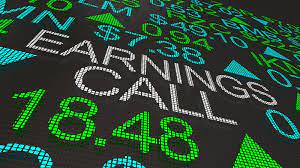 Shopify hosted its Q2 2022 earnings call on July 27, 2022, and Meta followed suit last week. Not surprisingly, this quarter’s theme for both calls is the macroeconomic downturn, which impacts all aspects of life, including the reason you are here–digital advertising. The headwinds of recent quarters which have plagued Meta continue: namely, the war on Ukraine, the normalization of e-commerce post-pandemic, and rising inflation. As for Shopify, they were one of Wall Street’s biggest winners during the pandemic, prompting its stock to surge by over 347%. Those days have abruptly ended as they cite inflation and rising interest rates as the key issues affecting consumer spending heading into the latter half of 2022. To address this, they have had to tighten their belts with a 10% workforce reduction and shift focus to prioritize core revenue-driving activities.

Let’s start with Meta because there are a lot of important topics to discuss, including several senior leadership changes, most importantly, Sheryl Sandberg stepping down as COO. But do not worry; she will sit on Meta’s board and is optimistic that the company will weather this storm with resilience and will remain a top advertiser for their business partners.

Meta’s Q2 revenue ($28.8B) was down 1% year over year, missing earnings for a second quarter in a row as marketers pulled back on ad spend. This trend follows disappointing Q2 earnings from Shopify, SNAP, and Twitter. Mark Zuckerberg started the call by stating the macroeconomic factors contributing to the decline in overall revenue. However, he quickly shifted gears to how Meta plans to mitigate the downturn by reducing headcount and accomplishing more with fewer resources. Another challenge is the struggle to monetize Reels, Meta’s short-form video placement, which is in direct competition with TikTok. The other main focus areas were the two big tech waves: AI and the Metaverse.

If you recall, in Q4’21, Meta’s attention was overly focused on the Metaverse, spending $10B on the initiative. Thankfully, they are finally diverting their attention to stabilizing and growing their advertising platforms in the wake of iOS 14. Social content on Meta, which used to be driven by pictures friends and family posted, is now being supplemented by the broader AI trend, i.e., Reels. Meta estimates that people are now spending 15-20% of their time on social media engaging with short-form video content being pushed to their feed via AI. This number is expected to double by next year.

Despite the inability to monetize Reels effectively, Zuckerberg and his team are bullish that this is where they should focus their time and resources as they compete with platforms like TikTok for user and advertiser attention. Meta is also adapting to the new ad ecosystem by pushing products like “lead ads” or “click-to-message” (direct business messaging).

For those worried about the loss of signal caused by Apple iOS, Meta is hyper-focused on growing first-party data. They believe advances in AI will allow them to power better-performing ads without relying solely on user data. They are also committed to improving the Conversions API (CAPI) to provide users additional privacy and personalized advertising.

What is Social Bulldog’s take on all of this: The information presented in these earnings reports reinforces what we have been experiencing at Social Bulldog. Where previously, many business owners were looking to scale, priorities seem to be shifting towards finding efficiency on the platform and stabilizing growth. The good news for advertisers is that Facebook and Shopify are determined to weather the storm by prioritizing revenue-driving activities, slowing headcount growth, and continuing to innovate with their entry into the Metaverse.